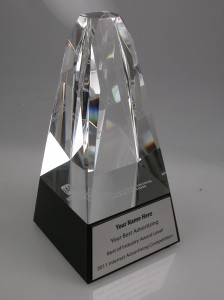 These Best of Show winners represent the pinnacle of achievement across all industries.  The Web Marketing Association is pleased to help set the standard for Internet excellence with the IAC Awards by highlight the best in online advertising by medium and industry.

Here are this year’s Best of Show winners:

The Web Marketing Association recognizes the agency that demonstrates consistent excellence in online advertising development by winning more IAC Awards than any of their peers in a single competition. Each entrant was awarded points based on the level of award for each award received. The agency with the most points is awarded the Top Agency Award.

These Days is recognized with the 2017 Top Agency Award, winning 10 IAC Award winning entries, including three Best of Show awards and a total of 66 quality points towards the Top Agency Award. Founded in 2001, These Days is an integrated, multidisciplinary communication agency with 150+ employees delivering services (strategy, creation, production, media, analytics) to customers worldwide.

Seven additional organizations were recognized as Outstanding Advertising Developers in the 2017 IAC Awards for winning 6 or more awards. They are:

The IAC Awards web site with a complete list of winners is located at www.IACAward.org

The Web Marketing Association is now accepting entries for the 21th annual WebAward Competition for Web site development.  Deadline for entry is May 31, 2017.