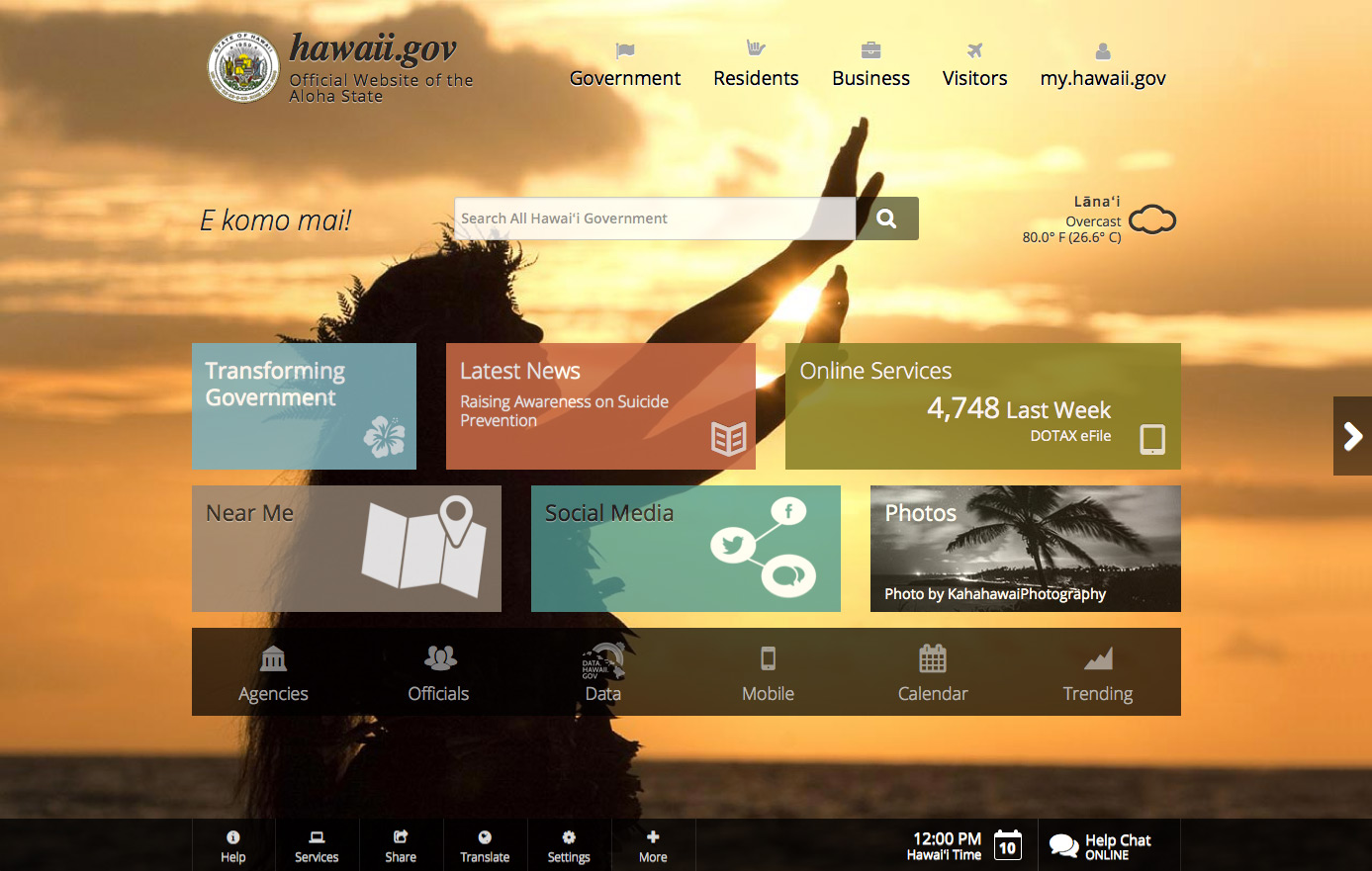 At NIC Hawaii, we bring government to the people. We manage the official website for the State of Hawaii, Hawaii.gov and our goal is to make interacting with the government easier for the public by bringing services online and improving government efficiency. NIC Hawaii was initially launched in 1999 and since then, over 160 online services have been deployed and over 2.5 million citizens visit us annually.